I’m often asked what I consider to be the ten strongest and most artistic card tricks. I’m also often asked which ones I perform regularly, for what reason, and in which variant.

Here is my essay on the subject, and you can read or download it by clicking HERE. 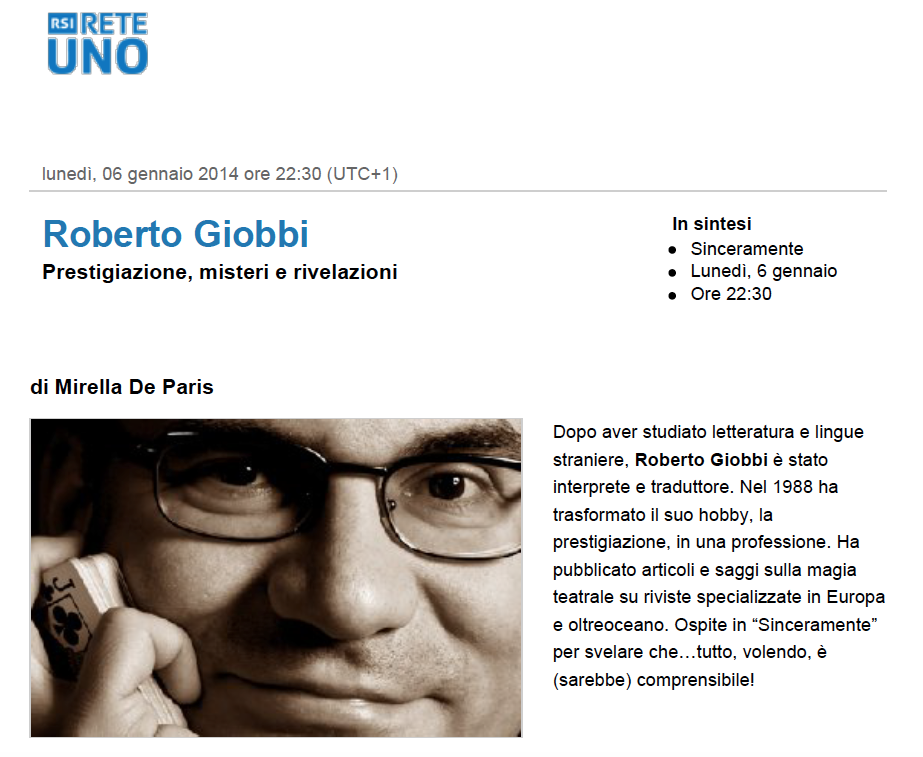 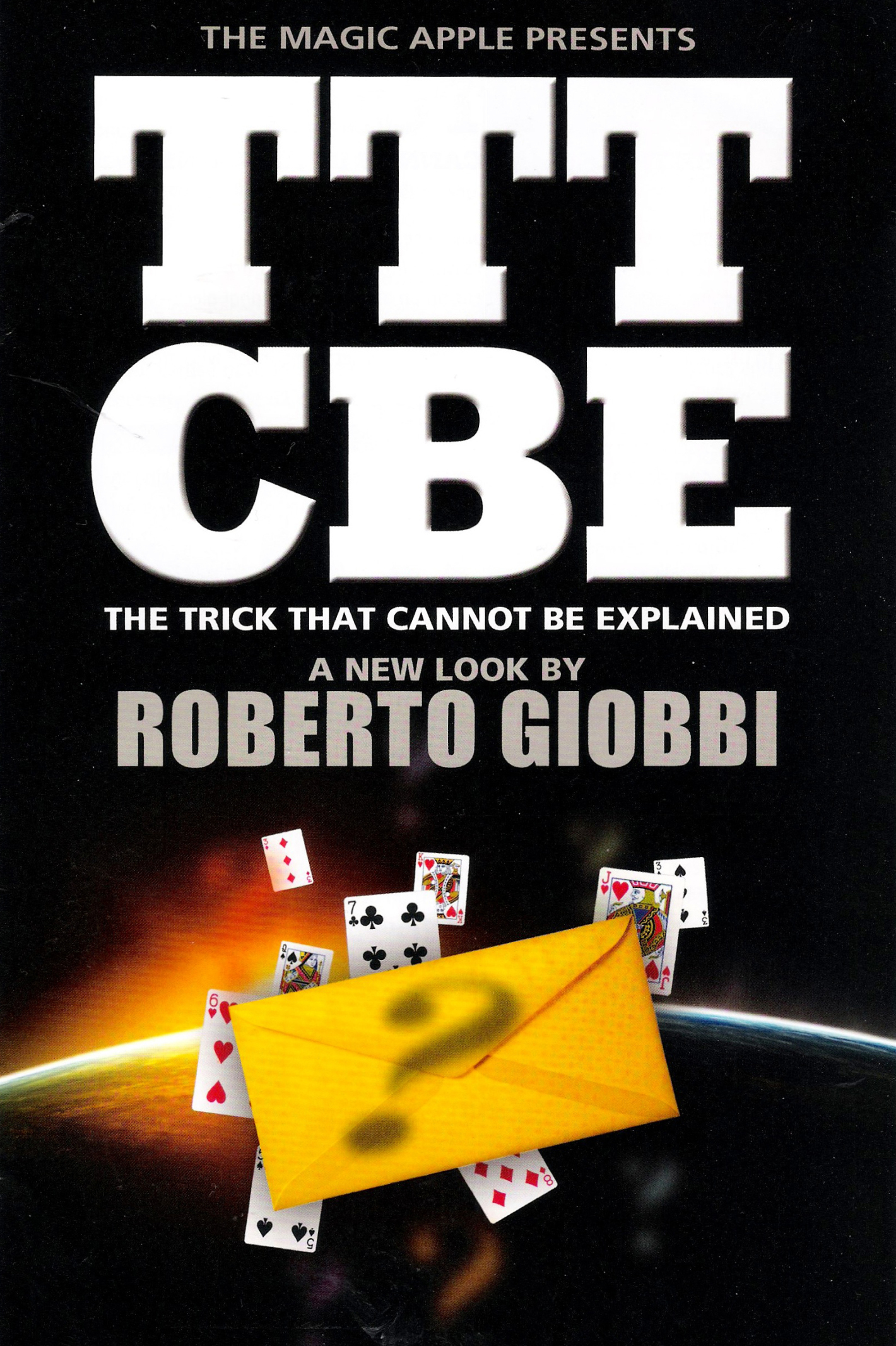 This is the product link. 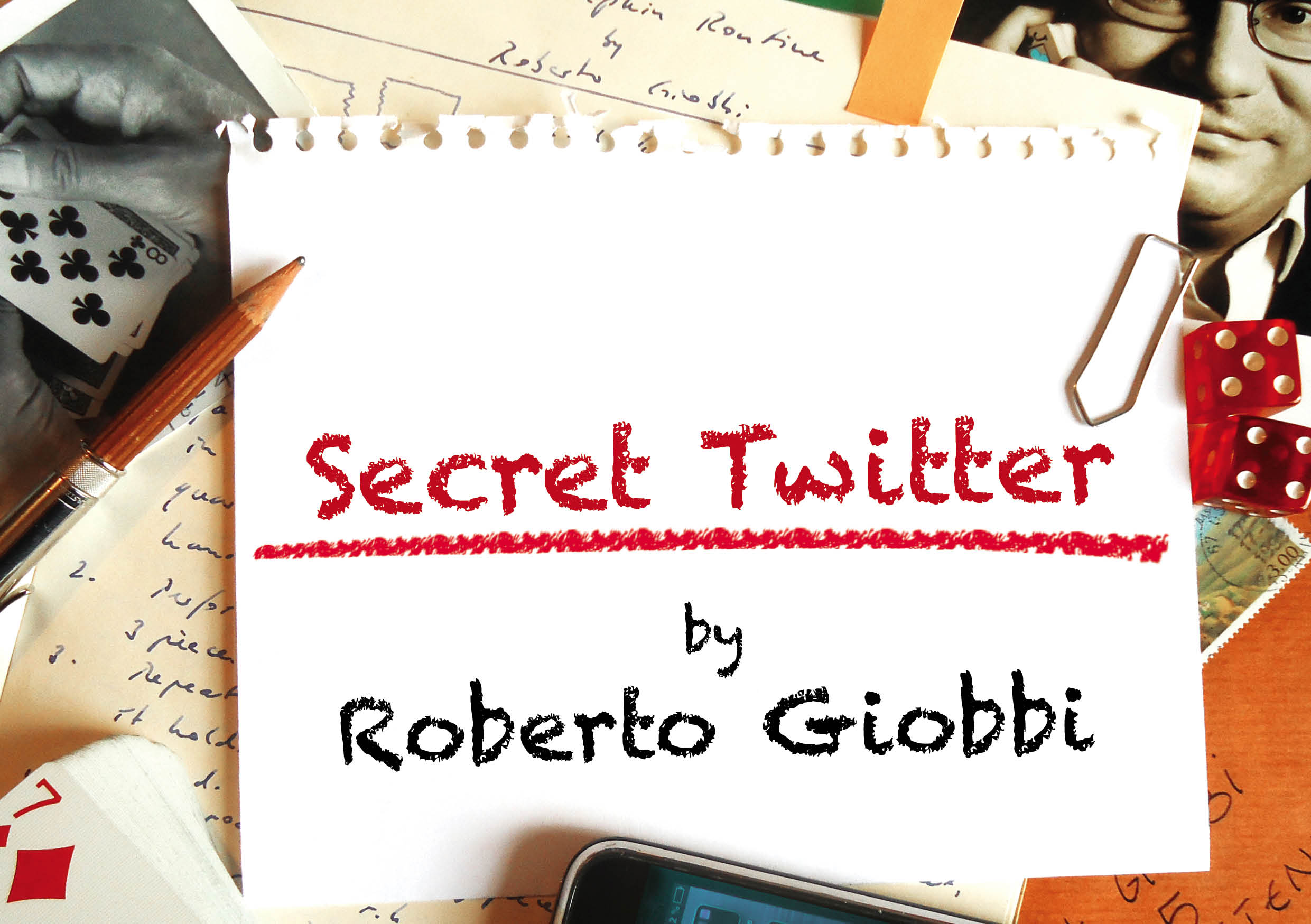 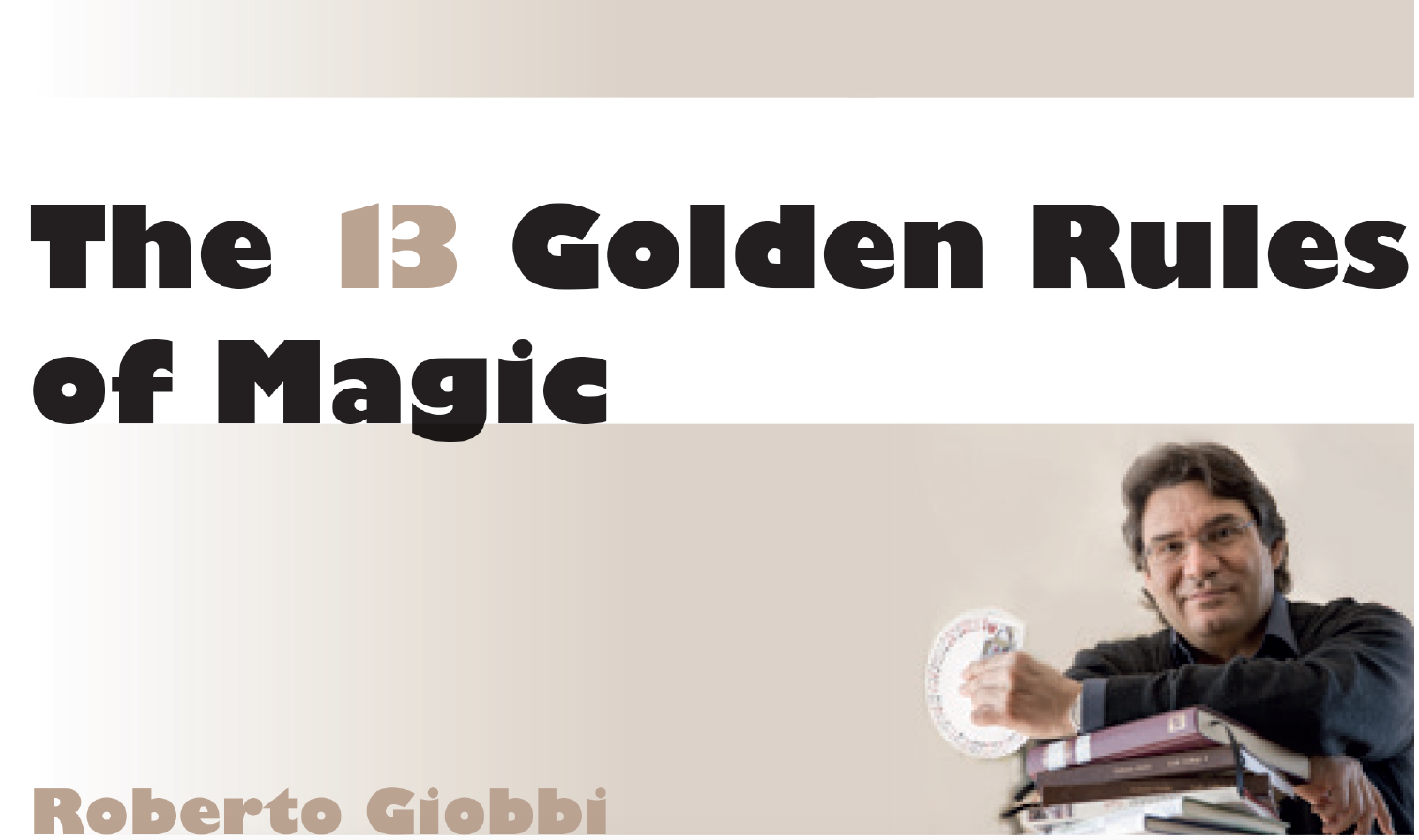 Although it is true that there are no rules in Art, it is also true that, to learn a discipline, regardless of what type, following certain guidelines will make the process easier. Inspired by Henri Decremps, who in 1786 wrote down thirteen “principles of magic” in his landmark book Testament de Jérome Sharp, I have reviewed this advice, based on my own experience of several decades as a performing professional and have formulated what I think to be thirteen thoughts that will lead the aspiring magician to success.

Klick HERE for free PDF The 13 Golden Rules of Magic.

So, this is my first blog. In the past, whenever I started doing something I hadn’t done before, I would want to learn as much as possible about the subject before I’d get going. This was the case in magic, which eventually has become my inspired obsession in life, but also with other subjects, such as food, wines, cigars and a few maybe less trivial subjects.

Therefore when I decided to begin a blog, I almost gave in to this habit and wanted to get a good grounding by reading a few books on the subject. But then I realized that this had to be something different from my books, magazine columns, DVDs and lectures with which I usually communicate my magic and thoughts to those who care.

I take a great interest in all aspects of magic: tricks, techniques, presentations, theory, performing, history, psychology, lecturing, biographies and so much more related to the art and science of magic.

I’ve often said that I considered magic to be like a facetted diamond: every facet has a connection to some discipline of life. And that by studying magic deeply it would automatically take me to the other subjects that govern life and the universe, and that are reflected in other disciplines as well as in magic – a perfectly practical example of chaos theory and fractals. So the more I am limiting myself, the freer I’d become. For me this has been as true as it at first sounds paradoxical.

As a consequence this blog will contain anything that wouldn’t fit the above-mentioned formats with which I’m already communicating with my readership.

However, do not think for a moment that this is “lesser” material. The closest comparison I can come up with is my own Secret Twitter and my book Secret Agenda, which many have called their favorite book. I’m glad they did, as it might be mine, too. There went in hundreds of practical ideas and thoughts, which had accumulated over a lifetime, but which I could never fit into any of my other publications because the context never really allowed it.

Maybe you’re now asking, “Why didn’t you publish another Secret Agenda?” Good question, for I have material for another TWO years at least. However, as my dear friend Aldo Colombini would have said, “I’m an artist, but I’m not stupid!” Secret Agenda came out in 2010, and by the end of 2014 we had sold less than (but close to) 2’000 copies.

Although my publisher tells me that this is still twice as much as most magical publications, it is not enough to bring the author’s hourly rate above the legal minimum wage. This is not a joke, especially if you consider that an author of magic books gets usually less than 10% of the cover price of the book, and a dealer gets 40% to 50% – the rest goes to the printer, the publisher (work for layout, photos etc.) and the wholesaler. And as opposed to many of my author colleagues, who have a “real” job in life, such as being doctors, lawyers or wealthy retirees, writing books is part of the living I make. I think nobody has ever mentioned that.

Anyway, this explains the “Secret” in the title, as it links to Secret Agenda. But maybe I will not even have to fall back on all the items I have on the shelf, as I spend my whole day studying, practicing, researching, writing, thinking and performing magic. And there is so much I come across that I find interesting (speaking to the mind – the logos) and fascinating (speaking to the heart – the pathos) and that now I’m going to share with you through this blog.

Yes, it’s as simple as that. There is something fascinating to formless simplicity, like a painting in a museum that on the tag next to it shows “untitled”. I’ve often looked at a painting that caught my fancy and thought of how I would name it if I were the painter. When I then looked at the tag to compare notes, I was at the same time pleasantly surprised, a bit similar to being fooled by a magic trick, and relieved in the best sense of the term: why bother with formalities such as a title, when the work itself is beautiful.

So, welcome to my “Secret” Blog – I hope we can share some beautiful moments in each other’s company. 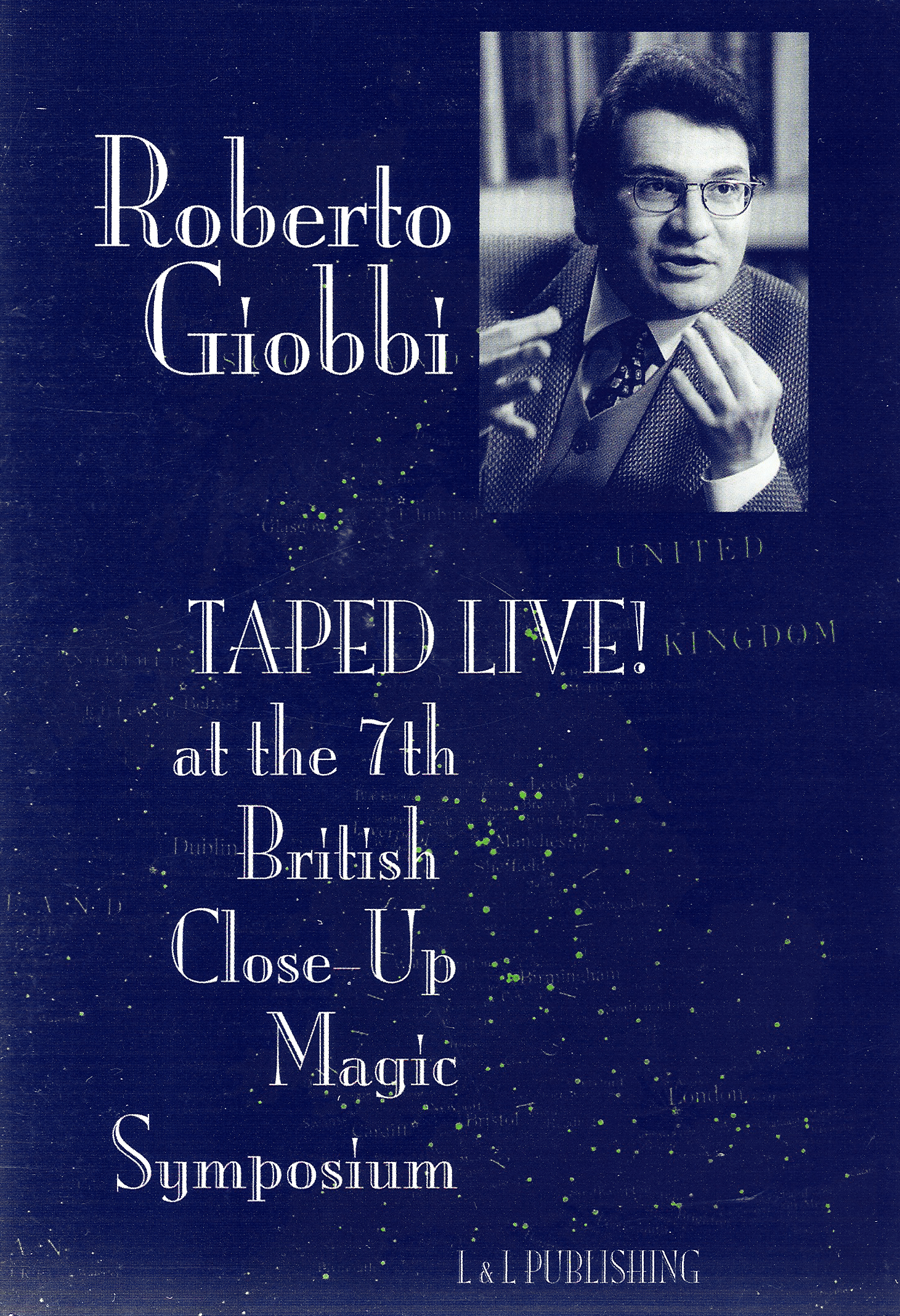 The product is out now 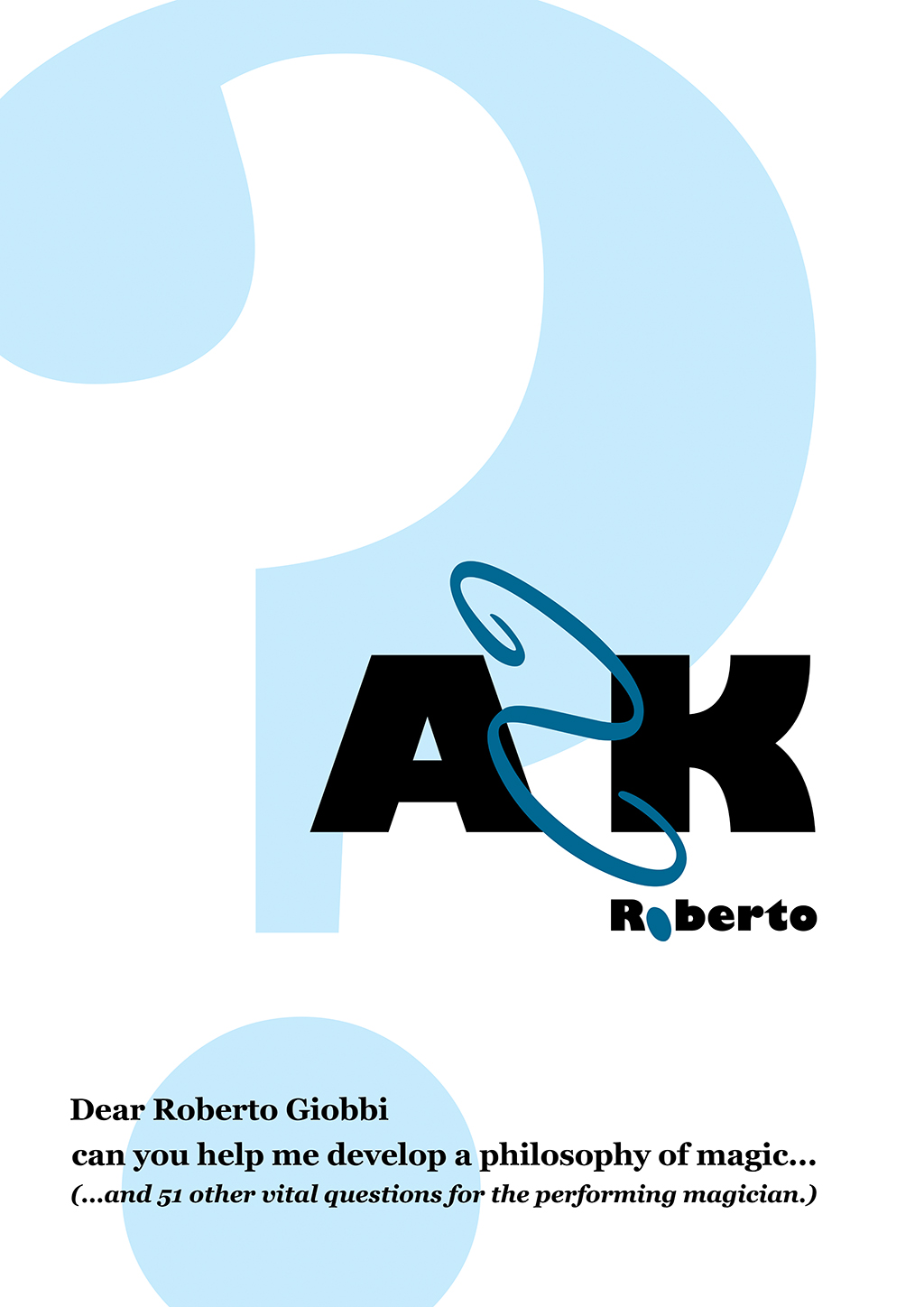 This is a totally unique book. 52 reader supplied questions. 52 opinionated, informed, expert answers by Roberto Giobbi. Roberto spent often several days to thoroughly answer each of the 52 questions. It is no wonder that this ebook has more than 330 regular sized pages. It is a publication unlike any other, where the readers gave the direction which the author followed.

The 52 questions asked and answered: 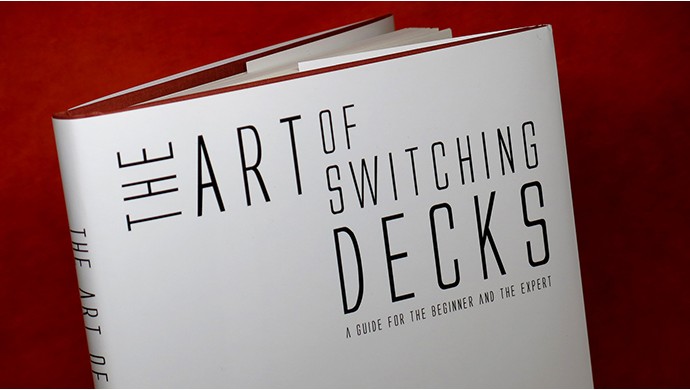 Learn how to switch a deck.
Siting or standing.
With or without jacket.
And even without pockets!